The Navajo are the largest Native American tribe in the United States with 400,000 members spread across a handful of southwestern states. Just over a third of them live in the Navajo Nation, a 27,000 square mile reservation that spans parts of Utah, Arizona and New Mexico and is larger than 10 US states.

Rolling hills, dusty desert plains and uneven grasslands are prone to severe drought where months can pass without a single rain cloud passing overhead. In 2020, only 3.8 inches of rain fell. But for the past 50 years, agriculture in the region has flourished, not only providing an abundance of food for the local population and their livestock, but enough to sell a significant amount to neighboring regions to boost the economy.

The reason for this is a deal made during the Kennedy administration where the Navajo traded part of their water rights in Lake Navajo, a three-hour drive north of Albuquerque, for the construction of the Des Irrigation Project. Navajo Indians. Suddenly enough water to flood half a million acres in a foot of water was piped to 171 square miles of farmland through 90 miles of canals, 13 miles of tunnels, and seven miles of 84-way siphon pipes. pumping stations through 340 miles of diversions and 700 central pivots. 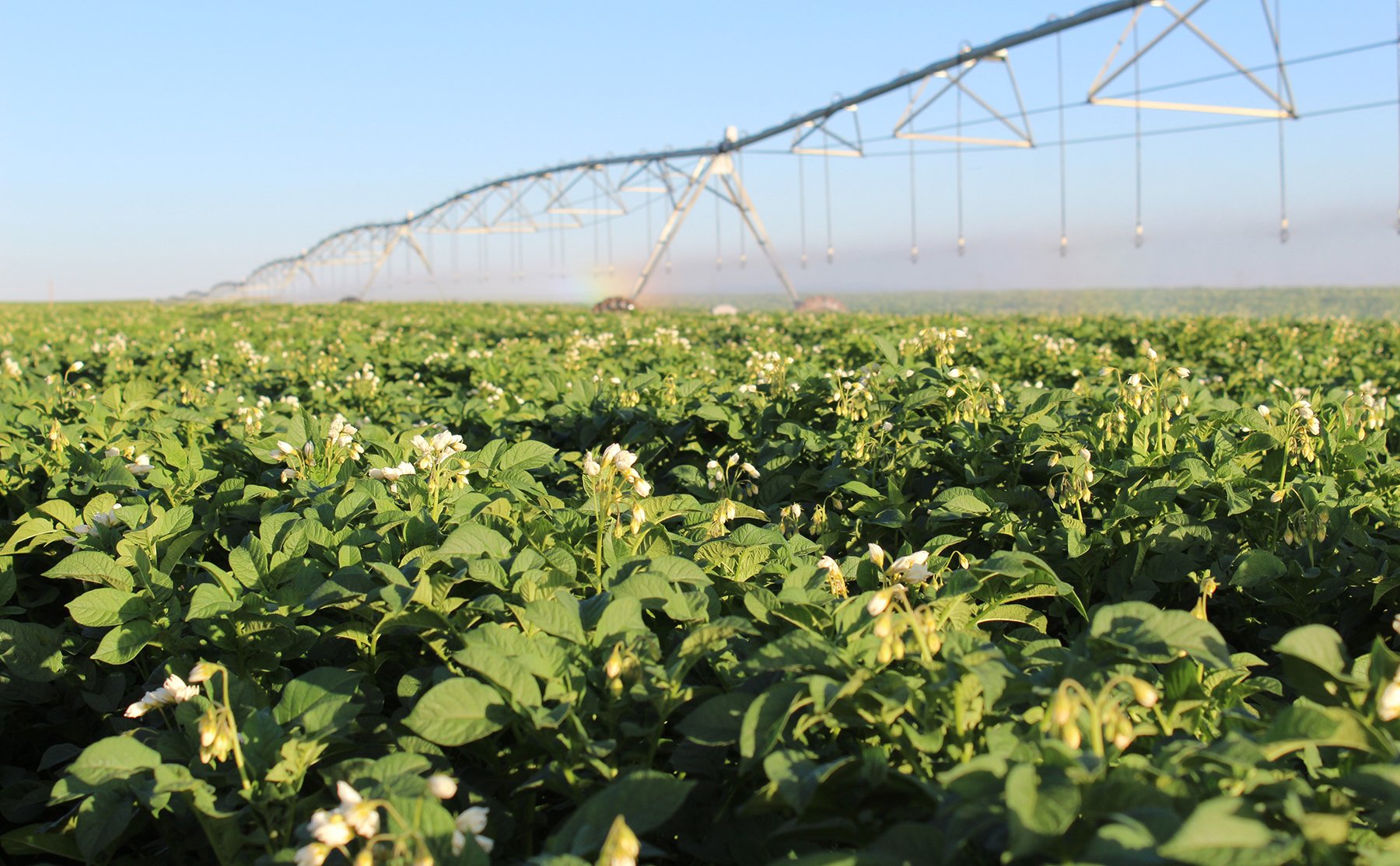 We have this modern marvel of engineering and agriculture right here in this huge wilderness.

“We have this modern marvel of engineering and agriculture right here in this immense wilderness,” NAPI CEO Dave Zeller told CEO magazine. “It’s basically a big commercial farm made possible by all this water. It doesn’t take long to realize that when it is over 100 ° F and the crops have just been planted, a few days without water means they are wasted.

One of the main crops is maize, much of which is used to feed cattle, sheep, horses and goats, as well as hay and various grains. Other fields are planted with pinto and yellow beans, green peppers, watermelons, squash and potatoes, much of which is produced organically.

Meanwhile, the region’s vast wheat fields are processed by NAPI’s own flour mill. “We also grow a lot of what is called ‘native food products,’ says Dave. “We have a market for corn pollen which is used for ritual purposes by the Navajo people. We harvest a product called sumac, which is made into a pudding and considered a delicacy. The stems of sumac are used for traditional Navajo baskets.

Dave is currently studying the viability of bringing bison to the area and reintroducing pheasants and pollinators. “Anything is worth trying if it can provide an additional source of income or meet a market demand and improve life. “

“The reason I work here is to try and give something back,” he says. “I don’t have Navajo blood in my body, but I have worked for many organizations that are owned by wealthy individuals, and I valued my life and thought it was more important to help those who needed it. “

A Midwestern farm boy, Dave grew up in Kansas and studied genetics, environmental physiology, and accounting before overseeing farms in Russia, Ukraine and Inner Mongolia. His scientific knowledge led him to take a keen interest in innovation and to test new potential crops.

“We constantly have research and development projects underway,” he explains. “One of them is organic low glycemic index potatoes to help fight diabetes. “

“The Navajo people are a matriarchal society. We have 300 people here and at least a third of all staff are women, ”shares Dave. “In fact, most of the executives are women: our COO, CFO, responsible for safety, security and human resources, as well as our agronomist and director of quality assurance. Most of the branches are in fact run by women.

One project under consideration is to build commercial greenhouses so that tomatoes, microgreens, peppers and potatoes can be grown even in the dead of winter, when severe frosts would kill unprotected seedlings.

NAPI agriculture has brought stability and certainty to the Navajo Nation in terms of food supply and local jobs, but many challenges remain. “There is a lot of poverty and other issues,” Dave reveals. “A third of households fall below the federal poverty line and the unemployment rate is around 60%. Some 38 percent of households have no electricity and 30 percent have no running water. It’s a very hard life.

The people of the Navajo Nation have also been hit hard by COVID-19, reporting the country’s highest per capita infection rate at the height of the pandemic last year, even surpassing New York City. Nearly 1,500 Navajo have so far lost their lives due to COVID-19.

“It was a very sad time, but also a chance to reconsider where we came from,” shares Dave. “Unfortunately, we lost our chance to celebrate NAPI’s 50th anniversary due to all the restrictions and closures. “ 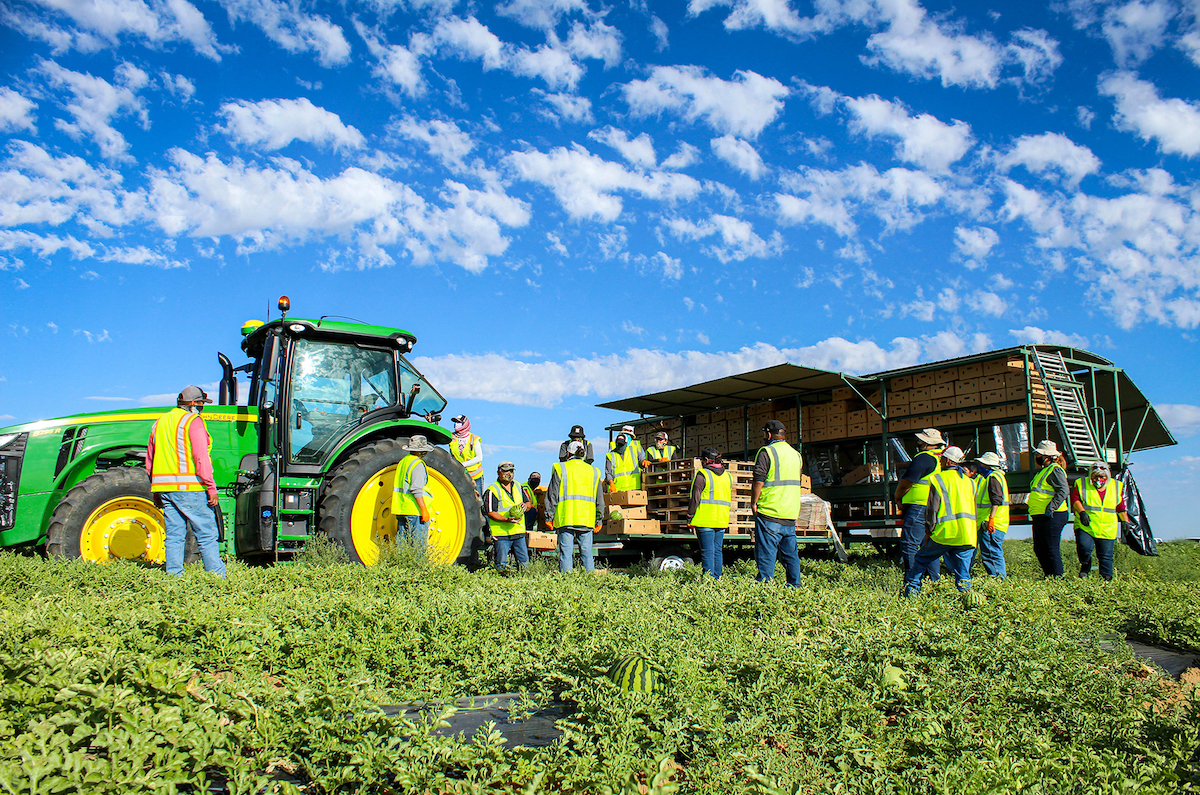 Our people are looking at everything to find ways to improve the land we are on.

Another growing problem is the degradation of infrastructure which is well past its peak. “This project was started in the 1970s, so some systems are almost at the end of their life, but replacing them is very expensive,” says Dave. “We had an engine failure the other day and it will cost us over $ 750,000 for a replacement. “

Despite skyrocketing unemployment, finding enough people to staff key areas is still a nearly impossible task. “There is a great shortage of labor available to help grow any crops,” he admits. “Everyone from engineers who oversee water supply systems to crop managers and even seasonal workers who help harvest watermelons or potatoes. It’s hard to find employees who embrace farming as a way of life. 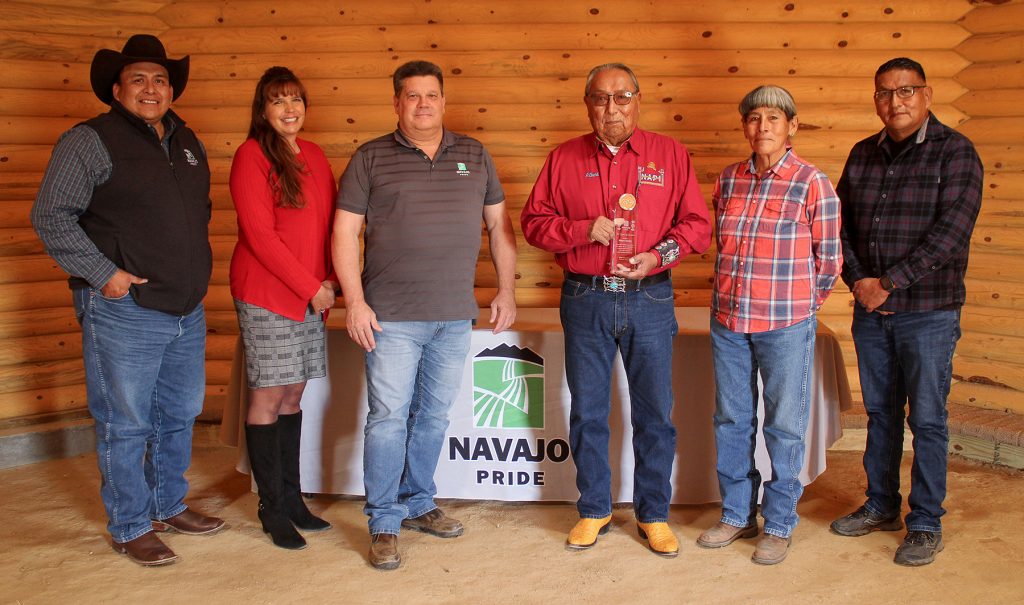 However, Dave remains optimistic about the future and knows that NAPI employees are dedicated to improving yields, harnessing new technologies and delivering ever greater volumes of nutritious food.

“At the end of the day, we are a large farm dedicated to the production of food, fodder for livestock and income, which goes directly back to the Navajo Nation to be redistributed among its members,” he says. “Our people are looking at everything to find ways to improve the ground we are on. If you make the land better, then things get better for the people. And that’s what matters. 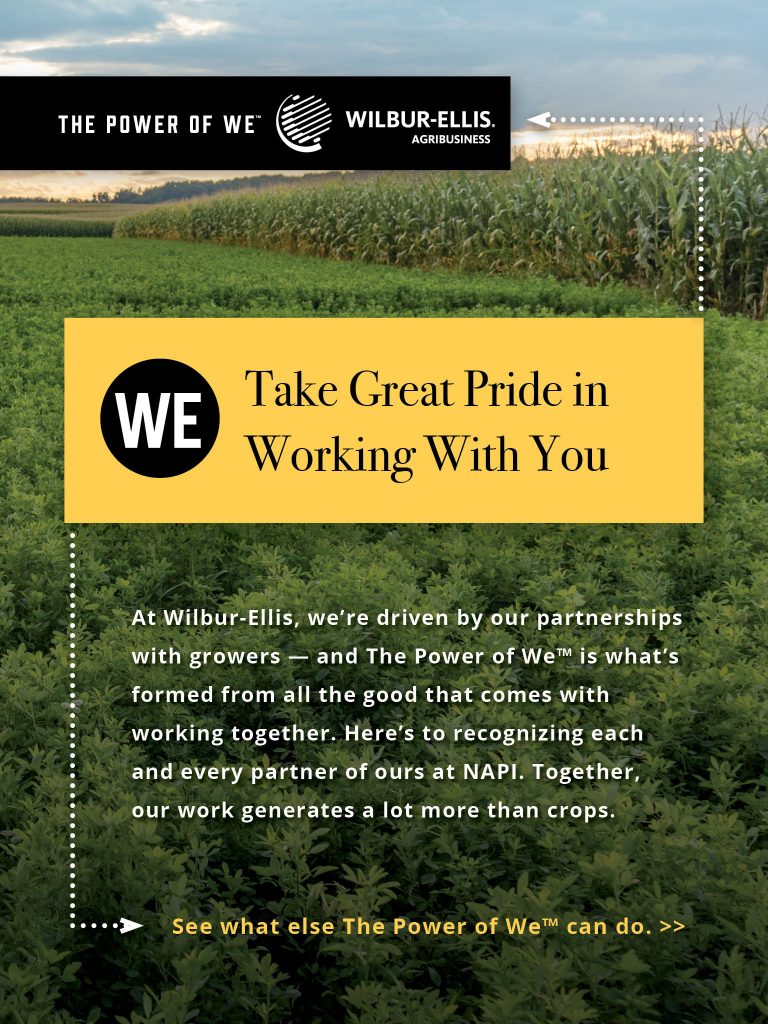 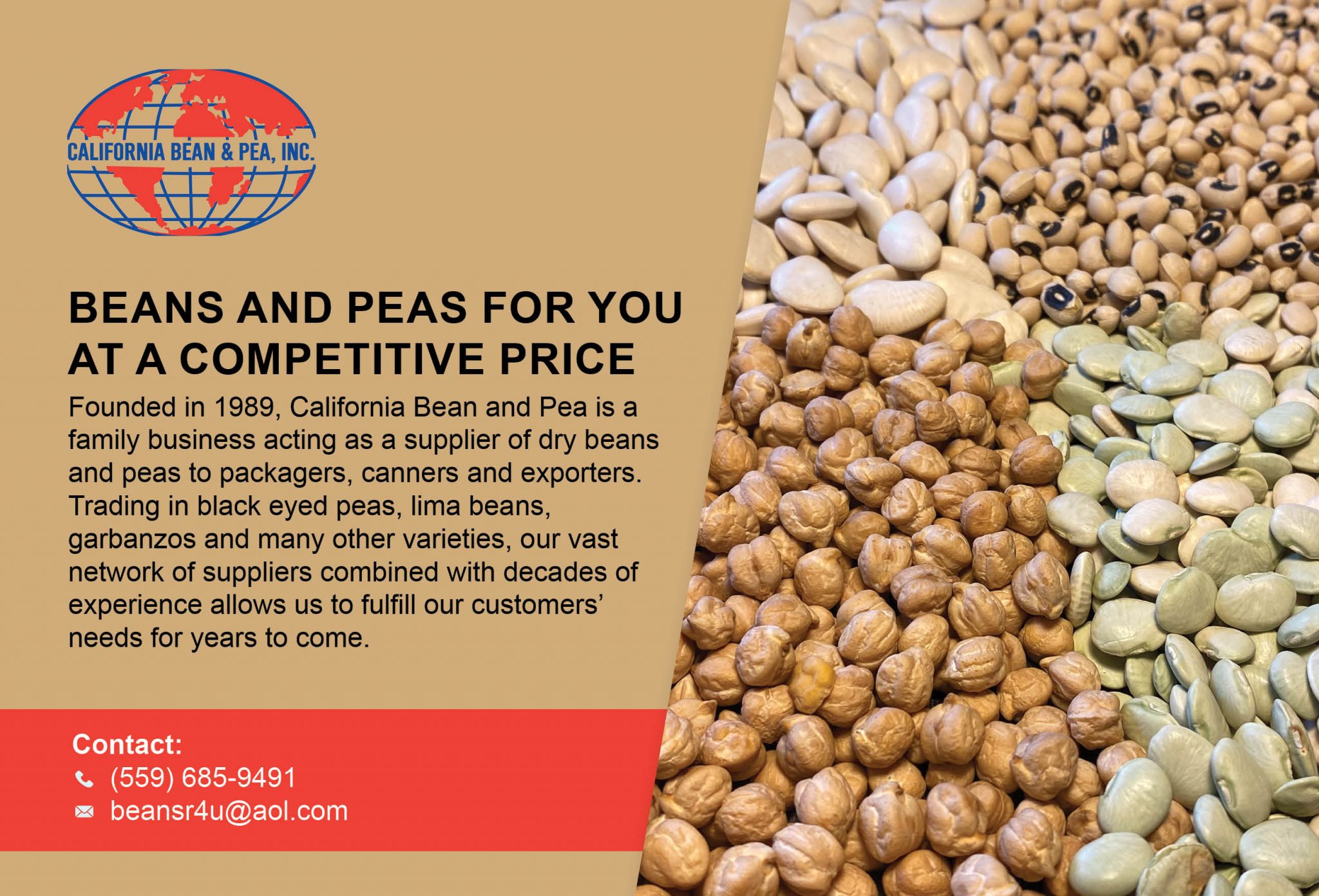